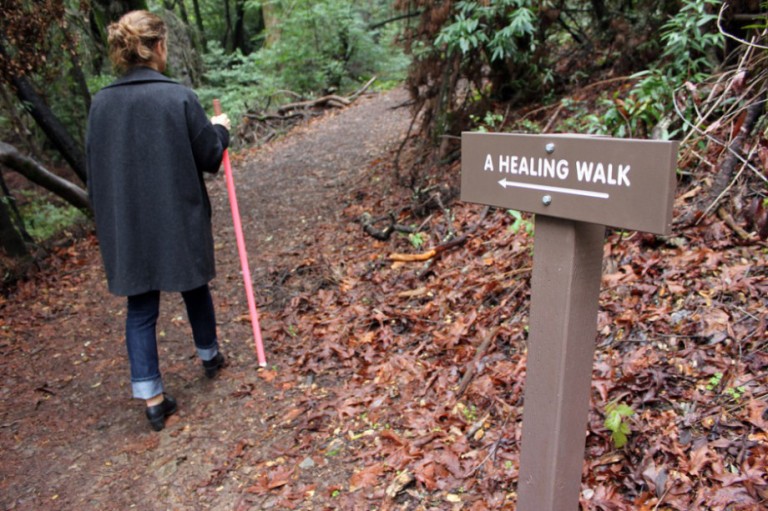 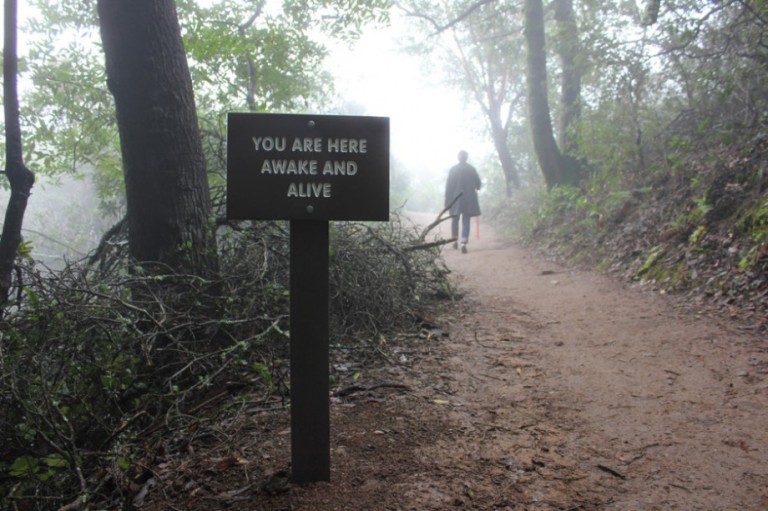 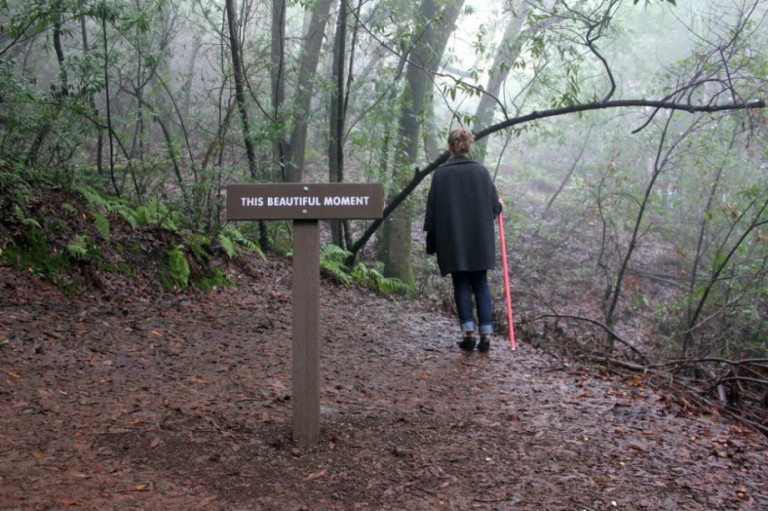 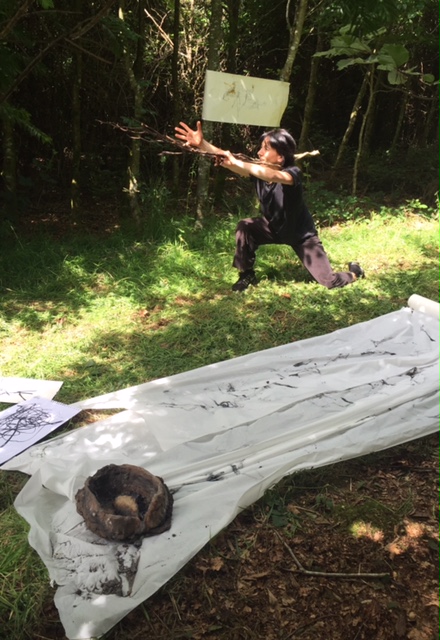 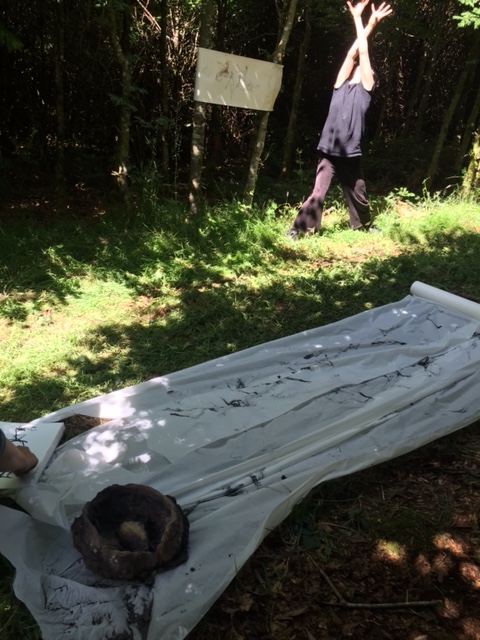 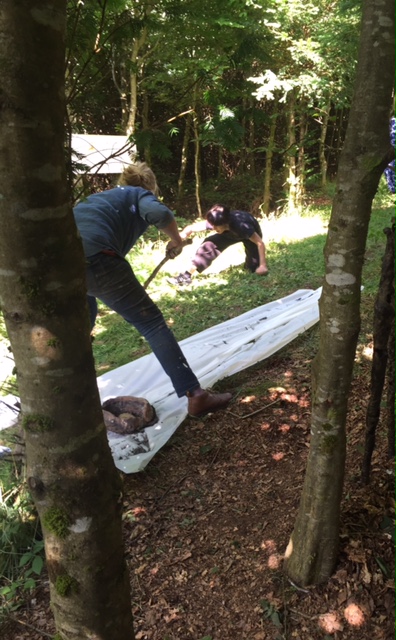 Photo: Women of the Hill, Artist Hanna Tuulikki, “Commissioned by ATLAS Arts, Women of the Hill is a song-cycle for three female performers, responding to the archaeology and topography of High Pasture Cave, an iron-age sacred site dedicated to a matriarchal culture on the Isle of Skye (Scotland)”

Green Care and Walk & Talk Therapy: An Underused 8 Resource that has Benefits for Everyone By Ian Birthistle, Pages 8-12 in The Irish Journal of Counselling and Psychotherapy 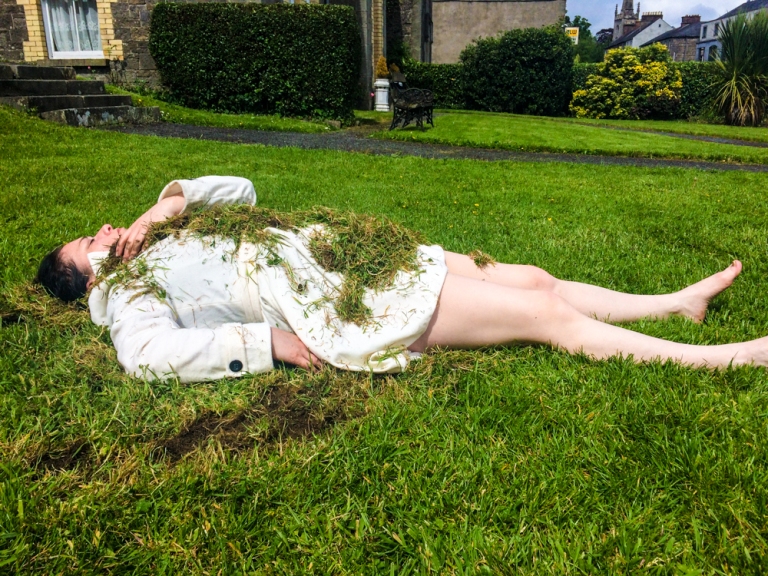 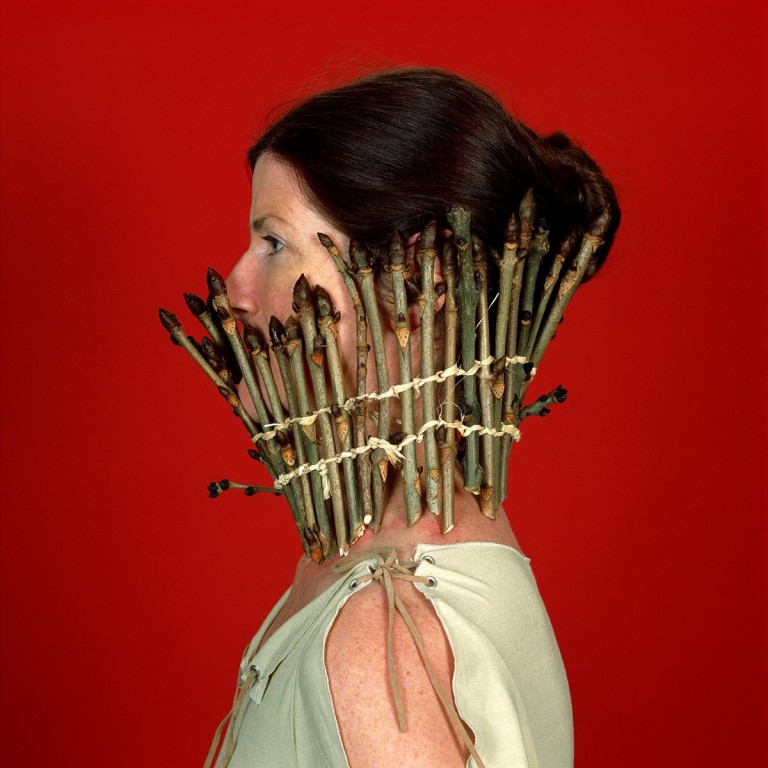 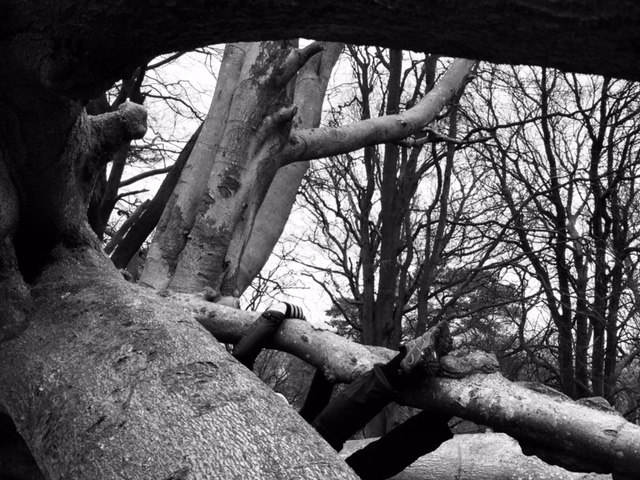 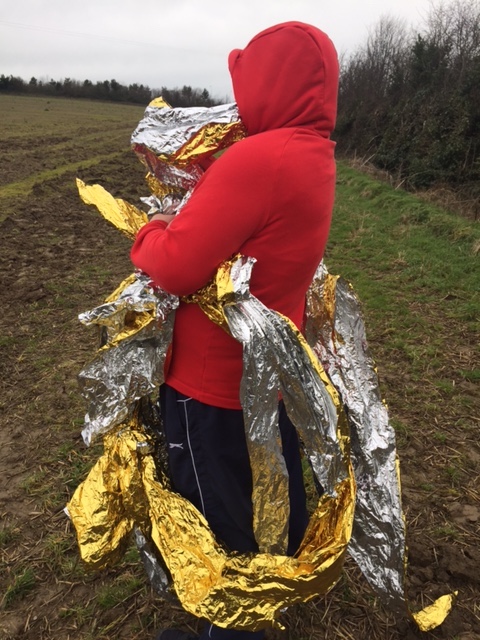 Photos: (Top) By the Side of the Forest (Middle and Bottom) A Field Encounter, County Louth, Ireland

“Imagination has both shaped and been shaped by the spaces it passes through on two feet. Walking has created paths…generated maps: Rebecca Solnit, Wanderlust: A History of Walking.

Desire Lines: Choosing to walk away from an established route. A personal choice. A chance to improvise and be inventive. Sometimes called social trails, they are a way to be with others who have also decided to veer away. Considered a form of disobedience, a social consensus, and a way to be more efficient in public space, desire lines are drawn with self-determination and agency—”drawings we have lived.” (Gaston Bachelard, The Poetics of Space).

Photo: A Line Made by Walking, Richard Long 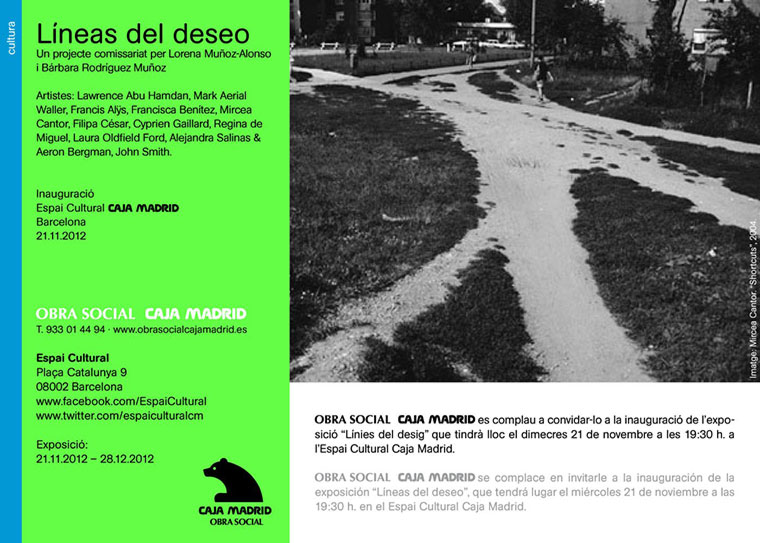 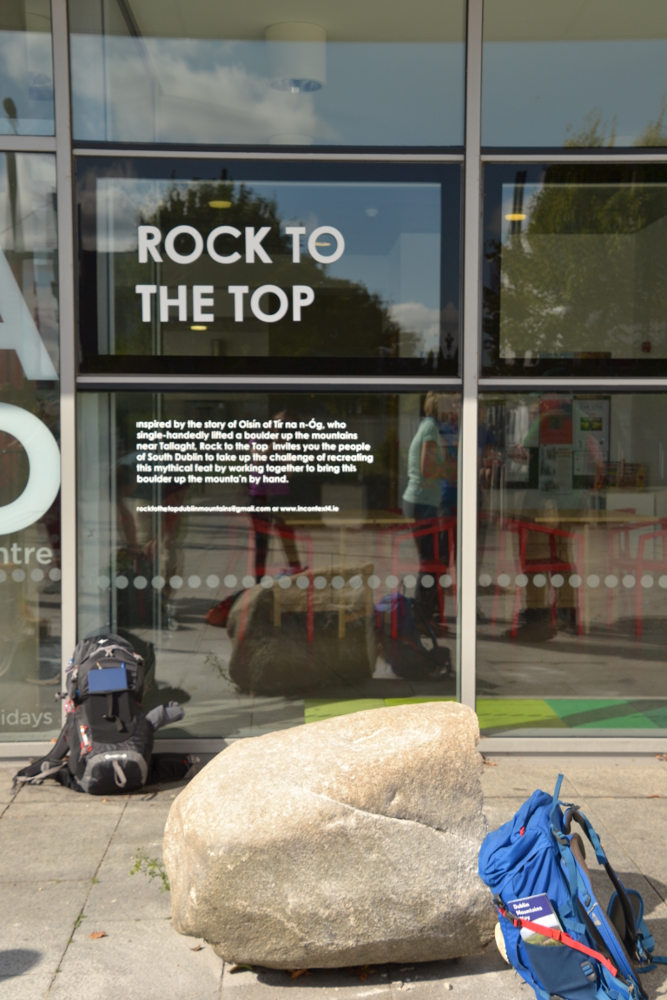 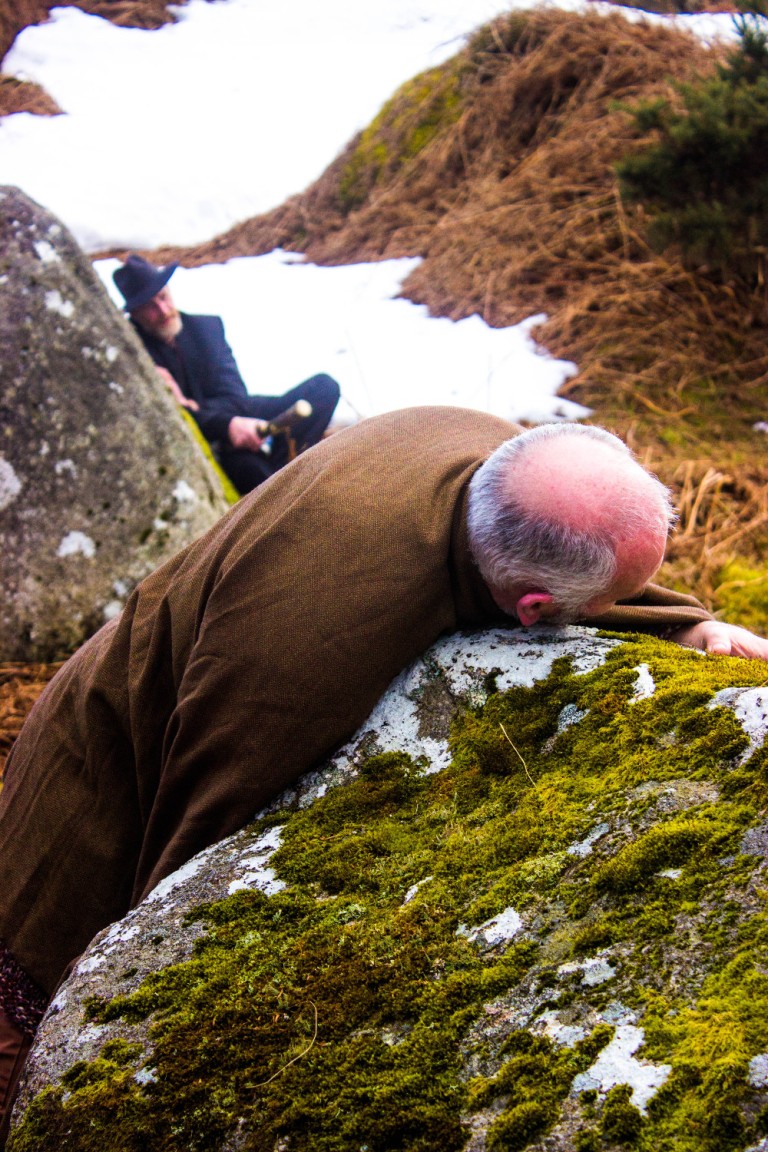 Photos: Rock to the Top, A Public Art Project by director Ciarán Taylor

“All came to join in the collective effort to bring the boulder back to the mountain, to build a community cairn. We each introduced ourselves to somebody new. The walking and talking began.”

Inspired by the story of Oisín i dTír na n-Óg, who single-handedly lifted a boulder up the mountains near Tallaght, Ciarán Taylor’s Rock to the Top invites the people of South Dublin to take up the challenge of recreating this mythic feat by working together. Participants carry small rocks chipped from a boulder placed outside RUA RED Arts Centre and carry them along the Dublin Mountain Way to make a cairn at the foot of Mount Kippure. Connecting city with mountains, and people with each other, the project is about walking and talking.

“Only art is capable of dismantling the repressive effects of a senile social system that continues to totter along the deathline: to dismantle in order to build A SOCIAL ORGANISM AS A WORK OF ART. This most modern art discipline – Social Sculpture/Social Architecture – will only reach fruition when every living person becomes a creator, a sculptor, or architect of the social organism” (Joseph Beuys, TATE, tate.org.uk)

Joseph Beuys (1921-1986) (sculptor, performance artist, educator and activist)  promoted the idea of art as a transformational force that could reshape society through creative projects undertaken by an active citizenship. He believed that each person could express an artistic desire to change the world and make it a better place. Beuys considered everyone to be an artist. Each person had the potential to create not just objets of art, but experiences and situations that unleashed their artistry within society at large (or the transformation of everyday environments).

“Social sculpture” is a term promoted by the German artist Joseph Beuys through a series of very public lecture tours beginning in the early 1970s. It named a kind of artwork that takes place in the social realm, an art that requires social engagement, the participation of its audience, for its completion. For Beuys, the concept was infused with both political intention and spiritual values. As spectators became participants he believed…social sculpture would lead to a transformation of society through the release of popular creativity” (Reference Alan W. Moore, ‘A Brief Genealogy of Social Sculpture,’ Journal of Aesthetics and Protest, http://www.joaap.org)

An example of a social sculpture initiated by Beuys was 7 000 Oaks This was a five year project completed after the the death of Beuys, which involved the planting of 7 000 trees throughout the German city of Kassel. The trees were individually and collectively a sculpture that influenced city spaces and the city environment. The trees were planted by volunteers who also developed conversations about social planning.

Photo: ‘Why I Walked Blindfolded for Two Hours Through the Streets of Vancouver’ by Marsha Lederman, The Globe and Mail

“Last Friday, I toured the streets of Vancouver blindfolded, guided by a woman I’d never met before – and had never seen. Do You See What I Mean? is a work of one-on-one theatre created by Lyon, France-based choreographers/artists Martin Chaput and Martial Chazallon, whose company Projet in situ describes the work as “the choreography of participation.” They’ve mounted the piece – tailored for each place – in several cities, including Montreal; it’s now in Vancouver, as part of the PuSh International Performing Arts Festival.

This was a rare moment: when my thoughts drifted beyond what was directly in front of me. During the tour, you are totally focused on your experience and its implications. You’re not checking your phone, you’re not casing the room, you’re not thinking about anything other than the steps you’re climbing, the lavender pastry you’re tasting, the exchange you are having with your guide. Your mind does not wander at all. At least mine didn’t – and that is a feat for me. I didn’t – couldn’t – take a single note. But I remember everything. Do You See What I Mean? is set firmly in the world we’re already in, but have long forgotten to notice. We become intrigued again with the streets we walk every day” (Extracts by Marsha Lederman, ‘Why I Walked Blindfolded in Vancouver for Two Hours’)